Duration of the event: 2 days. 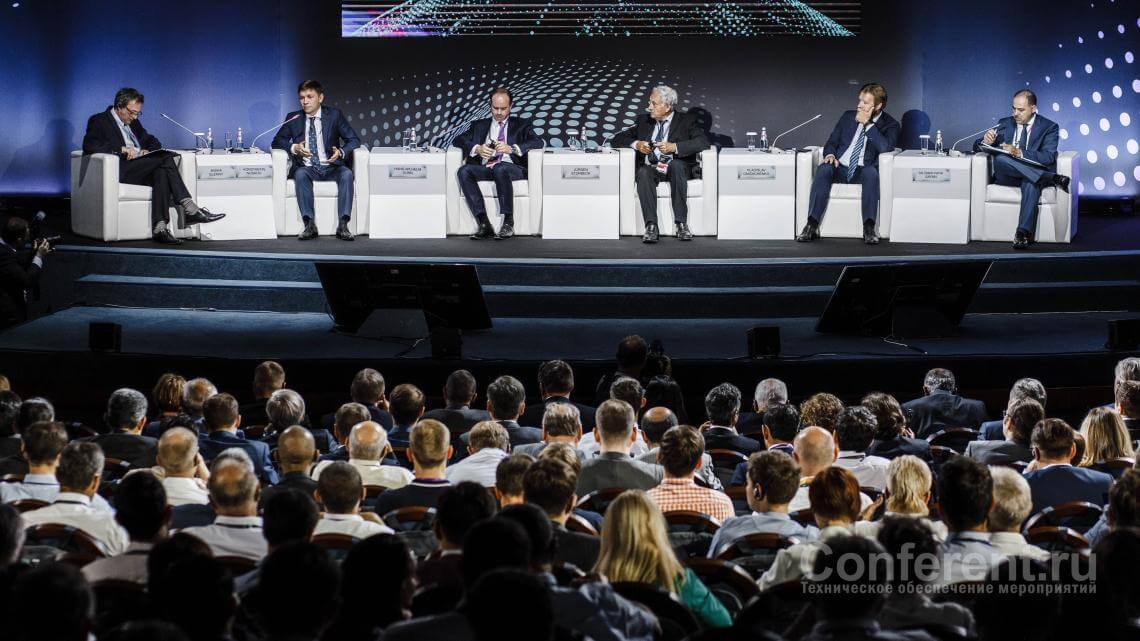 On June 20-21, 2019, the International Congress on cybersecurity was grandly held at the Moscow World Trade Center. The agenda of the Congress was devoted to the discussion of new threats to the digital world and key areas of global development in the field of cybersecurity. The Congress program included seven discussion panels and nine technical sessions, which hosted more than 40 speakers. About 30 leading international and Russian companies presented their stands at the Congress. SunVote wireless audience response and voting system played a key technical support role and work well during the entire conference, helping the organizers to get the real views and opinions from the audience on-site and quickly obtain instant voting results and analysis reports. There are 1200 audience participants in the voting, and the conference led to several important conclusions:

With the development of science and technology and information technology, the traditional voting method of raising hands or paper voting can no longer meet the requirements of fast-paced, efficient, and automated modern meetings. Especially as a highly influential international conference, the participants come from all over the world. It is not easy for all participants to gather together. How can we avoid dull meetings, where the host is talking on the stage, and the audience is dozing off, playing with mobile phones, deserting, chatting, etc., and make full use of the limited meeting time to make scientific and effective decisions according to the audience feedback data?

The wireless audience response and voting system effectively solve these problems. Through SunVote interactive voting software seamlessly integrated with Microsoft PowerPoint, the lecturer can poll a group of interactive questions during the meeting and asks the audience to answer questions with voting keypads, to attract their attention and make them actively participate in the meeting. There is no need to print paper questionnaires.  The wireless audience response and the voting system automatically collect and counts all votes and display voting results and analysis reports on the large screen of the venue in real-time, saving the cost of manually collecting and counting votes, and greatly shortening the time for waiting for the voting results. When it talks about some sensitive issues, the anonymous voting function of the wireless audience response and the voting system allows the audience to express their views and opinions without any scruples, which ensures that the voting results are true and objective. 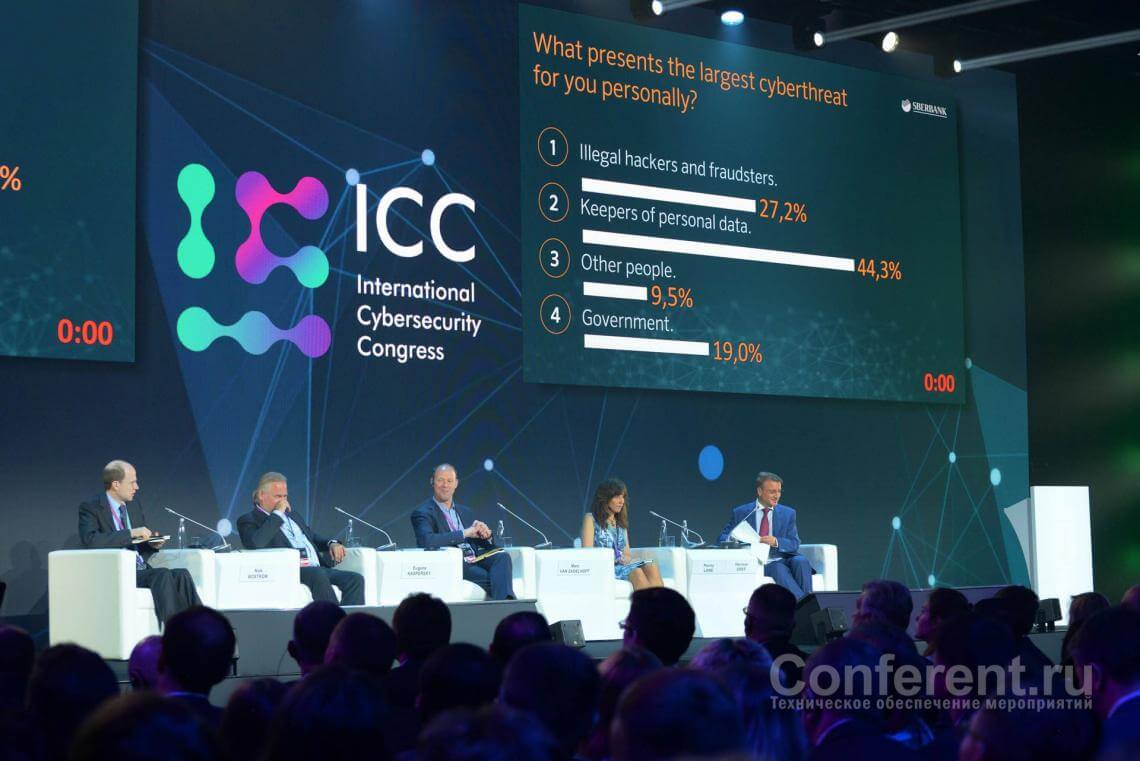 For such a meeting with thousands of participants, how do SunVote wireless audience response and voting systems ensure the smooth progress of the meeting? In fact, as early as 2018, SunVote provided a wireless voting system and technical support for the annual general meeting of 3500 participants in Brazil. With stable and reliable products and professional services, SunVote has been well recognized by customers.

SunVote wireless audience response and the voting system have the following technical advantages over the current popular smartphone voting:

1. Easy to install and operate

A set of SunVote wireless audience responses and the voting system usually consists of a voting keypad, receiver, interactive voting software, and charging box/carry bag.  It has no network and wiring required, plug and play, suitable for anywhere. The exclusive equipment bag or charging box is convenient for daily storage and maintenance. As a voting-only device, the voting keypad is also simpler and easier to operate. The mobile phone voting not only requires a stable and good network environment to be deployed on the site but also requires the audience to bring their own mobile phones, which increases the difficulty of device management for the organizer.

SunVote wireless audience response system adopts 2.4G wireless communication technology and self-developed closed wireless communication protocol, two-way communication verification technology ensures that the voting data is 100% collected accurately. For a large conference with more than 1,000 participants, such as the International Congress on cybersecurity, it is not a wise move to use online voting methods such as mobile phones, because it is very difficult to provide wireless network equipment that can satisfy thousands of people to online vote at the same time. Due to the unstable wifi and 4G network, it is prone to system crashes and lost votes, which will seriously affect the progress of the meeting. However, SunVote wireless voting systems for your event can completely avoid these problems. 1200 votes can be collected reliably within 20 seconds, which is simple, fast, and efficient! Even if there is an emergency situation such as device failure during the meeting, the system can automatically detect and quickly find the faulty voting keypad and quickly replace it, which guarantees the voting data and meeting progress is not affected.

SunVote wireless conference system with a voting function does not require registering personal or company information, therefore there is no risk of privacy leakage. Besides, its communication does not rely on any network, ensuring the voting data is secure, while voting with a mobile phone, the voting data can easily be stolen, and security cannot be guaranteed. what’s more, the anonymous voting function of SunVote wireless conference system with voting function makes the opinion and views more real and objective. 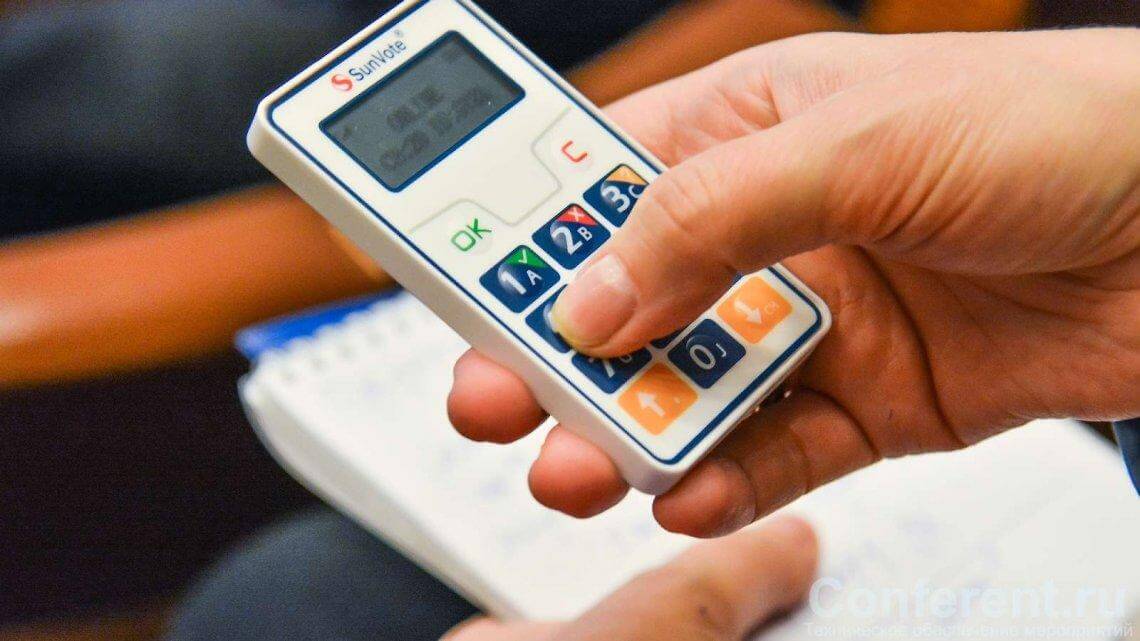 Why choose voting keypads rather than tablets for city council meetings?
Scroll to top